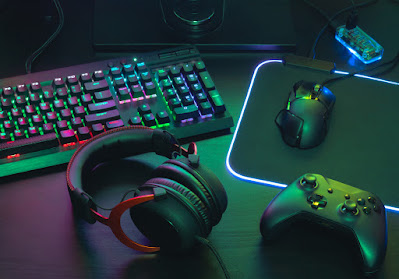 The demand for voice talent has not let up. In fact, there has been an upswing in both union and nonunion opportunities. While there are many types of voice over jobs that are available based on your skills, there is one very large area that you may want to consider.


One of the largest sectors of the voice over acting industry is video game voice overs. Video games are a huge aspect in our culture. There are 2 billion gamers and the industry value of the market is continuously growing and is expected to hit $180 billion in the next year, especially since the pandemic and more people are at home. The skills that are in video game voice acting are similar to other jobs, and they are in high demand.

The most popular video games are their own franchises and have production budgets, crews, and global audiences. The developers are constantly in search of diverse and skilled voice over actors that can perform an assortment of roles. It is essential for the creators to find the best voice over talent to bring the characters and stories to life.

Voice Over Types in Games

Video game voice actors are needed for role-playing games. These feature thousands of lines of dialogue that require dynamic deliveries. Many of the phrases and lines are recorded in a variety of tones and attitudes that matches the player’s experience. While it is the same phrase with the change in tone it takes on a new meaning. This is why having a trained voice over actor is so important. It makes the game content. In this context it is similar to audiobook narration and animated movies.

Video game narrators are a major role in the game. Narration takes place when instructing the player on how to play the game and inform gamers of their progress within the games. Narrators also connect crucial aspects of the game to the storyline such as new characters, antagonists, settings, and more.

Why Book These Jobs

The diverse content on video games allows for you to further develop your voice acting skills. You will be representing diverse characters with unique personalities. It gives you an experience that can further your voice over acting career in a variety of industries.

The video game industry is only growing, so the opportunities are there to book jobs.

Finding the Voice Over Jobs

Just like looking for other types of voice over jobs, finding gaming jobs is fairly easy. Online voice over marketplaces will have postings as the jobs are available.

The video game industry is looking for unique voices, and voice over actors understand this. They want voices to be distinct and recognizable for the branding of the game. The best way to do this is to prepare before the read or sending over the audio of your audition. While it may not be a genre of work that you have considered it can produce some new skills while utilizing skills that you already have and create a new stream of jobs for you to work on.