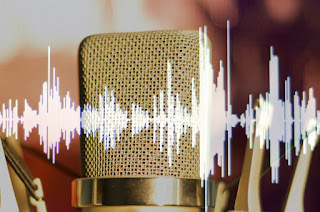 Voice over actors must keep up with current trends whether it is about technology, styles or even speech patterns.  However, just because a trend is popular does not mean that it is one that you would want to use at job auditions.  As a voice-over actor there are some trends currently that are not going to help you get a job unless it specifically is in the writer’s notes or part of the character.

What is Vocal Fry?

It is dropping the voice to its lowest natural register, which changes the way a person’s vocal folds vibrate together.  Those changes create inconsistencies in the vibrations and lend the speaker’s voice a subtly choppy or creaky quality.  The easiest way to listen for it is if the voice sounds creaky, choppy, breathy and at a lower register.

There are several celebrities that are noted for using vocal fry, which is why it is a current topic.
There is evidence that people respond negatively to vocal fry.  We consider people who use this being less competent, less educated, and less trustworthy.

Men typically have a lower pitch than women, so their voice descends into fry more easily.

It entails a rising intonation at the end of any and all utterances. Sometimes referred to as uptalk is rising inflection or high rising intonation.  The most common way that you will recognize it is when the ending of a statement sentence sounds like a question.

This results in listeners not taking them or their content seriously. They can perceive it as very passive-aggressive and it can hurt you in auditions.

Like an actual firearm, shotgun speech is fast and furious. It is a rapid outburst of words. It is something that is seen in younger generations and common on TV shows. It can weaken your voice as you are not in taking enough air and can jumble your dictation.

Speaking too fast makes it hard for the audience to understand and they have to focus and work hard to get it all.  People perceive as nervous and anxious behavior.

This should not be your first choice unless you are directed to imitate an auctioneer.
Traditional Speech Patterns

When making a statement, traditional speech patterns automatically lower inflection at the end of a sentence. When asking a question, the inflection rises at the end.

The sentences need to end definitively.  Your voice is important to show you are confident and authority.  For a voice-over actor using traditional speech patterns can be the deciding factor in getting a second interview or the job over someone else.

As a professional voice-over actor you already know the best way to improve your voice is practice and if need be lessons.  It is a craft that needs persistent honing.  With proper warmups and practice techniques, having a voice that is adaptable to the clients’ needs will always land you the job.  Knowing trendy voice patterns is good, but using them regularly could become a downfall in your brand.