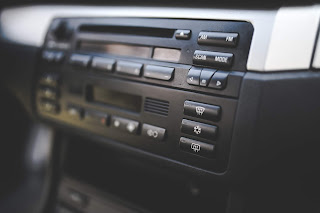 When listening to the radio you should immediately be drawn to the radio voice.  They bring the information to you with an engaging tone. While many may think that this is just a loud voice, in fact, it requires a skill set that is best done by trained radio announcers. However, sometimes these days you may hear a voice actor instead. For a more natural sound.

Radio Ads
There are 3 main types of radio advertising, live reads, sponsorships, or produced spots.  Live reads are where they are read in real-time either by the show host or announcer.  In radio, many stations sell sponsorships for the different segments and will be narrated before the segment begins.  Produced spots are your traditional commercials. Radio ads are anywhere from 15 seconds to 60 seconds. The most common is 30 or 60 seconds.  Radio ads tend to be read faster than TV ads and they are solely reliant on the voice.

The Role of the Voice Over Actor
Radio narration and commercials need trained voice over talent.  The voice is critical as it is the most important aspect of the advertisement.  A professional understands the natural ability to communicate.  The voice creates a picture in the listener’s mind, and it must catch and hold the attention of the listener. A voice over actor may also give it a twist that the writer did not imagine and yet improves the message. Many of these radio ads are produced by the radio stations themselves and not received from an outside source. However, the BIG ads you hear like... Coca Cola, Chevrolet or Rooms-To-Go for example are always produced by an outside source and are supplied to the radio stations for airing.

The Basic How To’s
When getting started, you need to learn how to use your voice to align with the advertiser or the station’s ambiance. Connect with the script in a convincing way. Be aware that it is easy to sound flat when reading from a script.  However, the flip side is using too much inflection, and it sounds sing-songy. Read it in a relaxed manner.  Don’t trail off leaving an idea or sentence unfinished.  As well as avoid dropping off.  You want to be constant and maintain a strong voice throughout the entire sentence. The trick is to not sound like you are giving a speech to a crowd. (That is best left to the radio announcer.) But to in fact, be personal.  A conversation naturally has peaks and valleys in inflection, speed, and emphasis. When reading a script act like you are talking to a friend.

Your Uniqueness Will Work in Your Favor
Sound like you. Your uniqueness may get you the job. If you have an accent that may be your draw.
Your accent and your style can define what type of industries will work with your style the best.  Find a radio format that highlights your voice and speaks to your interests.
When you find one, it's easier to interpret that script.

Tips for Getting Radio Commercial Work
Direct market yourself to radio stations who you know produce their own spots. They will often hire out for radio voice over work and keep a roster of talent that they like to rely on.
The quality of the recording will make an impact, of course. You'll need to have a high quality home recording studio to produce the RAW VO to supply them with. They will then add all the bells-and-whistles and broadcast standard audio optimization that they need. One word of caution: This article does NOT address "radio imaging". Which is a whole other category of voiceover that requires the ability to create those high powered station promos you hear. Many of those today are also produced outside the station by freelancers with the talent and understanding of that style.
Posted by Rick Lance at 10/09/2019