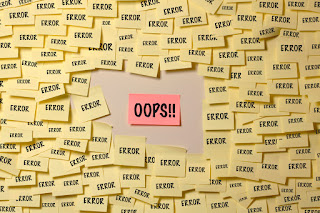 As humans, we are all capable of making small innocuous mistakes. In a professional setting like a recording studio, beginner voice over actors are more prone to errors and minor faux pas that make life hell for sound engineers and producers.

While some of these mistakes are unavoidable, there are many other minor quirks that can be easily prevented.

The mics in recording studio booths are incredibly sensitive. They can pick up and amplify even the smallest clicks and pops.

If you are doing a new project like a TV voice-over, always keep this in mind. If you have to make involuntary noises like coughs and burps, make them away from the mic.

As for clothes and jewelry that make many rattles, rustles, and clinks, keep them at home if you have a recording session that day! Also, don’t ever forget to put your phone on silent before you step into the booth.

Messing With the Booth

Mistakes of this type can happen in different ways. Some voice over actors have a penchant for moving the mic and stand around inside the booth. Sound engineers usually keep the equipment in a specific position for acoustic reasons. Leave them be.

Wearing heavy cologne or perfume can be quite off-putting in the cramped quarters inside a recording studio. Go easy on the scents as a matter of professional courtesy. You wouldn't want to step into a booth that smells heavily of someone else’s cologne either.

Trashing a place is a strict no-no in most social settings. The same is also applicable in the case of a recording booth. If you bring stuff like water bottles and other refreshments inside, pick the bottles and boxes up when you vacate it. Don’t make it the sound engineers job to clean up after you.

Not being punctual for a recording session is a big mistake, and not paying attention to the instructions while inside the booth is another common one - some people even get distracted by texting on their phones. NEVER use your phone in the booth!

Leave the phone outside if you have a weakness for texting and checking emails and stuff in between takes. Starting your lines without waiting for the prompt is another thing that usually irks the tech guys at TV Voice Over. Learn to take direction well, building on the previous direction that was given.