What’s So Special About a Sam Elliott Voice Over Nashville, TN? 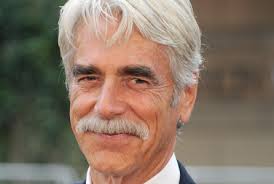 When you speak of the famous Sam Elliott Voice Over Nashville, TN, you are immediately reminded of Samuel Elliott, the American actor, famous for his resonant and deep voice, thick mustache, and typical Western drawl.

He shined in Tombstone, one of the best movies of all time. This movie had substance to it, unlike Meet the Parents II, Jurassic World, or Guardians of the Galaxy II!

Elliott became the archetypal American cowboy and rancher in a number of notable films which the American audiences simply loved.

Why use the Sam Elliott Voice Over Nashville, TN?

Apart from being a regular actor, Elliott has done voice-over narrations for a number of commercials. These include the famous advertising campaigns launched by IBM, Dodge, Union Pacific, Kinney Drugs, and the American Beef Council.

So what is it that makes the Sam Elliott Voice Over Nashville, TN so popular? It’s basically the depth and richness of Elliott’s voice and that typical "western" appeal that works its magic with the audiences. Moreover, Elliott has also done voiceovers for Coors Beers and Ram Heavy Duty Trucks.

In the sphere of animation too, Elliott has lent his voice to characters like Smokey Bear, Ben the Cow, Buster and Butch. Elliott has also narrated the team introductions to Green Bay Packers and the Pittsburgh Steelers during the Super Bowl XLV for NFL on Fox. This was when the Patriots did not cheat their way to the Super Bowl.

How to Get the Sam Elliott Voice Over Nashville, TN voiceover?

Elliott however, is based out of California and hiring him would cost a pile. It’s here that the voiceover industry in Nashville, TN can make a difference.

It is famous for its impersonation services, and you can get almost any voice or accent for a fraction of the cost of hiring the actual celebrity to do it. So if you’re looking for that rugged and deep cowboy voice with that typical southern drawl, Nashville, TN can organize it for you.

Since the Sam Elliott Voice Over Nashville, TN is one of the most requested voicing styles, and recognizable voiceprints in the US, most voiceover studios in Nashville have professional voiceover artistes who can impersonate Elliott’s voice almost flawlessly.

All you need to do is to scour the Net and make a shortlist of studios offering this special and customized service and approach them with your script.

On top of this, you could also visit their websites and listen to Sam Elliott voiceover samples uploaded on them. After doing this basic research, you could zero in on the Sam Elliott Voice Over Nashville, TN impersonation that best suits your needs and gets the job done without burning a hole in your pocket.
Posted by Rick Lance at 6/19/2018