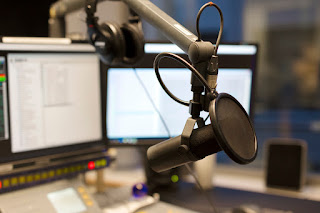 When you talk about character voice over Nashville, TN you’re actually talking about quality and not quantity.

This is primarily because character voice over Nashville, TN involves developing a unique voice to match the nature of the character and the subtleties of finding the right inspiration for the character one plays.

Impersonate an impersonation: Many characters seen in contemporary animation are distorted or lose impersonations of celebrities of yesteryears or bygone Hollywood stars. Most character voiceover professionals in Nashville try doing an impersonation of say, Jack Nicholson (who is very upset the Lakers are not good anymore but who made a wonderful Chinatown movie) or Orson Welles.

Even if it turns out to be a poor one, they discover a unique character in their voice and keep working on this character that they’ve discovered. Very soon they find that their voice matches some popular character or the other.

Take sound placement into consideration always: When creating a new voice, all Nashville character voice over professionals try and understand where the sound is centered and where their performance is getting projected. The sound could be centered in their throat, nose or chest and they work their voices accordingly.

Consider the character’s intelligence and emotional center: A unique feature of character voice over Nashville, TN is its ability to maintain the character’s center and the principal point of view and vary up emotions accordingly.

Of course, it takes a lot of practice to perfect the art, but they do manage to get under the skin of the character they lend their voices too. More importantly, the fact that character voice over Nashville, TN professionals have great fun on the job they do shows in their work.

There’s a certain infectious element in their work, and they are constantly exploring new options to improve. This keeps them interested in what they are doing and helps deliver a better product always.

Why should you go for character voice over Nashville, TN?

As said earlier, doing a character voice over is greatly different from commercial voice-overs. The degree of professionalism available in Nashville, by and large, surpasses many other cities and has left many a customer fully satisfied. Its state-of-the-art recording studios, commitment to quality work, and ability to meet deadlines have been its USPs for decades now.
Posted by Rick Lance at 6/05/2018