The Best Voice Over Talent at Rick Lance Studio 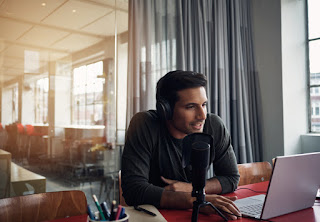 Are you looking for a voice actor or narrator for a project you have? You obviously need someone with experience in the field and who has the voice and talent to make your project come alive.

No matter what you need the voice over recording for, you want someone with a distinctive voice and a penchant for great story-telling. Well, you cannot go wrong with Rick Lance Studio. With over two decades of experience in the voice recording business, this Nashville-based company is one of the best in the business.

Rick Lance has a unique voice that is perfect for work in voice over Nashville TN. With his rugged signature sound, you can be sure that he will be a superb leading voice.

He has refined his craft through local theater performances, acting workshops, and on-camera work. Over the years, he has voiced TV and radio ads, audio books, corporate videos,  promos, explainer videos, long and short form narrations of all kinds... for all types of media.

Rick Lance Studio is known for its work in construction and manufacturing, community banking, finance and insurance, outdoor sports and travel as well as agriculture and equine industries – the studio has taken the role of a premier voice in these industries.

Rick Lance has also lent his signature voice over style for film, television and corporate and museum documentaries. His background in music, acting and photography has shaped him into one of the best and most seasoned voice over artists in the USA. There is no doubt that he is the best when it comes to voice over talent in Nashville TN.

Get the Best Voice Over Talent

There is no doubt that when you are looking for a voice narrator Nashville TN or voice actor Nashville TN, you want someone with a unique voice and style. You cannot go wrong with Rick Lance Studio.

With years of experience in the business, Rick Lance Studio has a deep understanding of what is needed for every unique project that comes its way, ensuring a job well done every time. No matter what you need, you can always rely on the voiceover talent Nashville TN at Rick Lance Studio to get the job done right.
Posted by Rick Lance at 4/05/2018