What Makes a Voice Attractive? 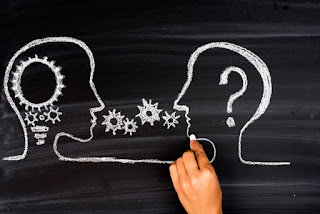 This may be the question most asked by those considering a career in voiceover. After all, this profession is all about the voice, right?

Over the years there have been many articles, blog posts, and news broadcasts that refer to scientific research, which was intended to highlight the elements of speech that make one person’s voice more attractive than another’s.

It was ruled that:

1. Most listeners prefer an accent and language pattern similar to their own. That, of course, means that your voice is most apt to be enjoyed in the area where you have resided for the largest portion of your life. There are exceptions to this rule, because some people, even after living in an area for several decades, will still hold on to accents from the areas they were born and raised in. Nevertheless, find an audience that speaks like you do and market yourself where that audience resides if you want your voice to be deemed attractive.

2. Deeper pitch tends to be more attractive than higher pitch. It was long known that women found deeper voices attractive in men. However, it has also been found that women’s voices are considered less enjoyable if they are too high-pitched.

3. Last but not least, breathing is an important aspect of voice. If you hope to make it as a voiceover professional, this is the most essential point to understand. When a person breathes too deeply, too rapidly, or in an inconsistent pattern when speaking, people are generally turned off. Consistent, light breathes are less distracting and therefore allow the attractive elements of the voice be heard.

Does all of this matter? To an extent, it does. When you are trying to market your voice to potential clients, you want to provide the best possible demonstration of your speaking voice. Does that mean that you should rush out to take voice lessons? Not necessarily. But, it helps to know where your marketing efforts are going to be most effective and what you can do to make your voice more enjoyable to listen to. This profession isn’t really ‘all about the voice’, but an attractive voice will surely help you along the way.
Posted by Rick Lance at 3/20/2018