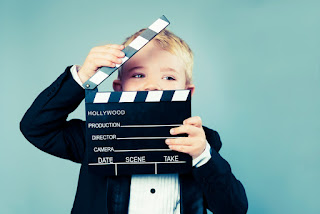 If you have a child who loves to entertain, it is always possible that the girl or boy will go on to enjoy many hours before the bright lights on stage or screen.  It is also possible that your son or daughter will be a voiceover artist in the future.  Here are a few signs that could indicate he or she will spend some time in a recording booth.

Forever the Entertainer The first sign, of course, is that you have a little entertainer on your hand.  These are the kids who are forever hamming it up for anyone willing to watch or listen.  They always have a story to tell.  They love to tell jokes.  They will happily have a telephone conversation with anyone who may call.  This is a shared trait for those who will love singing, dancing, acting, or voiceover work.

Taking on the Character One of the commonalities between many successful voiceover artists is a love of mimicking on screen characters.  If your child doesn’t just watch cartoons, but tries out the accents or unusual speech patterns of every animated character on the screen, you may just have a VO star on your hands.

Empathetic Spirit These kids are generally the first to understand how someone is feeling.  They want to make others feel better when they are sad.  They feed off of positive moods, but are just as apt to feel down when others are upset.  This empathy makes it much easier for a person to ‘become a character’ on stage, screen, or in the recording booth.

Mimicking Lines I’ve already mentioned a love for trying new accents and dialects, but you may have also discovered that your child loves to repeat favorite movie lines… over and over again.  While it may drive you crazy now, it may just be a good sign for his or her voiceover career in the future.

Others Wanting to Listen Perhaps the greatest sign that your child is made to be a performer – in one sense or the other – is that others gravitate toward him or her.  When audiences seem to form out of nowhere around your kid, it is likely a good sign that he or she has a gift.
Posted by Rick Lance at 3/01/2018