Dubbing is Not the Same as Voiceover 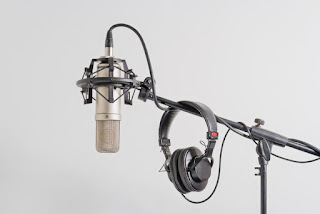 The title should say it all, but still there are a lot of people who continually use these terms interchangeably.  In truth, they do not share the same definition.

Dubbing does generally require voiceover.  In fact, there are quite often two pieces of voiceover work involved.  Dubbing can be used in a couple of ways.  If, for instance, a voiceover recording is completed, but it is later noted that something must be changed, voiceover engineers can get a quick voice recording from the voiceover artist and use that to dub over the error in the original recording.

Dubbing is also commonly used when remaking a movie for an international audience.  The original voiceover may not be understood by the new population of movie-goers, if they do not speak the same language.  Therefore, the studio will hire a new voiceover artist to speak the same story line in the audience’s primary language.  This new recording is ‘dubbed’ over the original, replacing it entirely.

Dubbing work can even be used to replace lines spoken in a movie.  Voiceover artists are hired to speak the lines of the original actors and actresses in the desired language.  This material is used to carefully replace the initial lines.  The hope is to deliver a seamless audio/video experience for the international audience.

Dubbing work can vary greatly in difficulty.  For long pieces, like the international movie example, the voiceover artist will often be required to work in a studio with engineers, line by line, to ensure they can get the audio to match up (as closely as possible) with the movements of the actors and actresses.  On the other hand, a simple dub over of your original recording for correction purposes is generally done quite easily and quickly.

The important thing to understand is that, especially as a voiceover artist, you should not misinterpret these terms or use them incorrectly.  It can damage your professional image.
Posted by Rick Lance at 3/08/2018