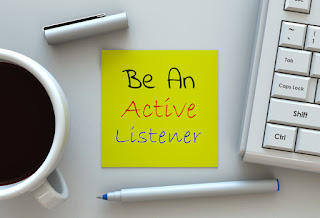 Honing your craft is an endless process when you make your living as a voiceover artist. You must constantly work to improve yourself, to staying sharper, smarter, and smoother than the competition. There are many ways that you can do this, including taking acting or improve classes, critiquing your own recordings, updating your demo tapes on a regular basis, and by listening to others who have done voiceover successfully.

For this sake of this article, we are going to look into the latter option. Listening is an essential step in the making of great voiceover. There are many levels of listening. You can learn a lot about becoming the character if you find real life people who are of a similar nature, background, or culture as the person you are to portray. You will have much greater results if you really listen to the critiques and feedback from others involved in the project. You can also become a better voiceover talent if you take cues from the greats in the industry.

Some of the very best voiceover artists have recorded countless hours of audio and much of that can be found on the web. You just have to know whose name to search. Although there are many who have done this job very well, the following are ten of those who you should absolutely make yourself familiar with:

2. Seth MacFarlane, best known for his work on The Family Guy, American Dad!, and Sing

3. Dan Castellaneta, best known for his work on The Simpsons

4. Nancy Cartwright, best known for her work on The Simpsons

5. Tom Kenny, best known for his work on SpongeBob SquarePants

6. Rob Paulsen, best known for his work on Animaniacs, Teenage Mutant Ninja Turtles, and Pinky and the Brain.

7. Billy West, best known for his work on Futurama, The Ren & Stimpy Show, and Space Jam

8. Tress MacNeille, best known for her work on The Simpsons, Animaniacs, and Tiny Toons

9. Casey Kasem, best known for his work as a radio DJ, but also for his voiceover work in Ghostbusters, The Transformers, and Looney Tunes.