In Voiceover, Sometimes You Have to Take a Chance 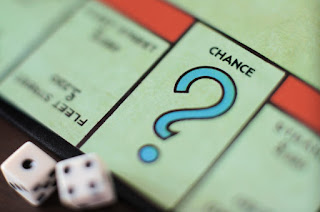 You should recognize your niche. It will make it easier to market yourself as a voiceover artist. There will be considerations that you will want to keep in mind as your define yourself as a professional voiceover actor. The typical tone and pitch of your voice may make you better suited to a bubbly, upbeat children’s-book-like piece, or perhaps you are better fit to the mysterious and sinister. Some work better when they are able to spend more time with the character, so they can develop along with him or her. That would likely make them better suited for e-books, movies, or television. Others may prefer the quick pieces that don’t require the same length of attention span. Recognizing these things about yourself will ultimately make it easier to find a niche market for yourself. However, there are times when you should step out of your comfort zone to consider trying for unexpected roles.

Recently, Mashable hosted an interview with John Roberts, who does voiceover work with the animated television series, Bob’s Burgers. John was invited to try out for the role of ‘Linda’ after the casting director discovered some of his work as a comedian on YouTube. The videos featured him imitating his mother in a variety of comedy sketches about his own life. Likely, John Roberts didn’t define his niche as animated, middle-aged, female characters. However, when presented with the possibility, he decided to go for it, and the rest is history.

In addition to recommending that professionals consider stepping away from what makes them comfortable, John Roberts suggests that great voiceover begins with great listening. With his start coming from a career in comedy, it makes sense that he would also recommend watching a lot of stand up to get pointers on becoming different characters. And learning to be ready with your character voices at a moment's notice.