Four Secrets That a Professional VO Artist May Not Tell You 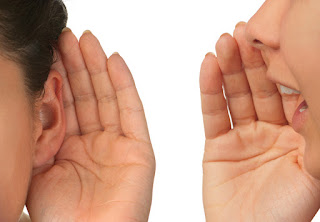 If you are entering the voiceover industry, then you are likely to be greeted with mixed emotions by the other professionals working in the field.  You are, after all, their competition, in a sense.  They may offer up some advice and tips, but these are the secrets that you might not have been told in the beginning:

It’s Not All PJs and Comfort Working from home sounds so attractive.  The majority of us started out with the same impressions of the heavenliness of it all.  We’ve all had those moments when we envisioned sinking into a comfy chair with our favorite coffee mug and a laptop.  That, however, is generally not the reality of the situation.  This can be a very stressful- and, at times, boring profession.  You will be forced to market yourself, to manage your money, and to audition.  That means taking on unexpected tasks, leaving the house to meet and greet, and dealing with the frustration of failed attempts.

There is a Stigma Wer'e considered the crazier cousins of stage and screen actors.  It is also a common myth that we are all physically unappealing.  After all, we spend a great deal of time in an enclosed space talking to ourselves.  If we were prettier, it is reasoned, we’d use our skills for television or stage productions.

You Will Be a Starving Artist There are times, for most (probably all) voiceover actors when the work load dies down.  Those lulls can be really hard on the bank accounts, making you sympathize with other starving artists around the world.

It Isn’t All Cartoons and Accents Take a listen to a lot of voiceover demos and you’ll find that a large percentage are littered with impressions and various dialects.  But, the truth is that your ability to sound like Daffy Duck or to speak with an impeccable British accent won’t be the deal maker that you may expect it to be. Most of the work will require you to speak in a voice much closer to your own. Especially with your "signature" voice.
Posted by Rick Lance at 2/27/2018