Apples or Bananas? The Answer is Great Voiceover 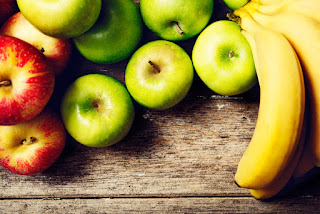 The power of voiceover is once again made abundantly clear in an advertisement that is going viral.  The marketing piece I'm referring to was a campaign launched by CNN as a result of continued suggestions that the media source was putting forth ‘fake news’.  In truth, the allegations haven’t hurt the news station, which enjoyed it’s “most watched” period in the last quarter.  If they hoped to continue building momentum, then it appears as though they accomplished their goal with the advertisement being discussed far and wide.

So, what does it take to create a viral-worthy video?  If you are the innovative minds at CNN, you just need a picture of an apple and a proven voice over professional.  The ad contains a single image – an apple.  The voiceover (and captioning) are what make it a piece of creative genius.

“This is an apple,” says the voice, “Some people might try to tell you that it is a banana.  They might scream banana, banana, banana, over and over and over again.  They might put banana in all caps.  You might even start to believe that this is a banana, but it’s not.  This is an apple.”  The whole time, the voiceover is smooth and concise.  The idea was to let the message be the commercial, and by choosing a voiceover talent who could work with that vision in mind, CNN created something that will undoubtedly add to an already heated debate.

You can watch the commercial here.

Laying all politics aside, (since that is not my intention here), this just goes to show that great voiceover is really all that you need to create a very evocative advertisement.  If you are ready to create something of great meaning, with a message that should be the most important part of the campaign, then perhaps now is the time to start interviewing voiceover candidates.  The belief that you need a huge video budget to create a great advertisement isn’t exactly true, is it?  Perhaps that is just bananas…
Posted by Rick Lance at 1/02/2018