The Beauty of Voiceover for Entertainment 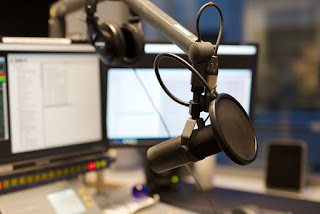 If you like acting, then you may just love voiceover work.  There are many differences between stage acting and voiceover acting, of course, but many of those differences favor voiceover.  Consider the following advantages:

Hide Behind an Animated Character There is a sort of joy that comes from working on voiceover for a cartoon or other animated work.  This is true for the writers and for the voiceover actor alike. When your face is not linked to the words of the characters in the minds of the viewers, then the writer can feel free to write more evocatively then he or she might otherwise.  Similarly, your inhibitions can be drastically lowered, because you are, in essence, hiding behind an animated mask.  There is most definitely a sense of freedom that comes from knowing that.

Hire One Person for Multiple Roles For the casting director, the ability to pay one salary to have multiple characters cast is certainly a reason to celebrate.  For the voiceover artist able to secure such a job, it is a wonderful opportunity to explore the various reaches of his or her voice.  Of course, the chances of securing multiple roles within the same script are much greater for those voiceover artists willing to practice, train, and challenge themselves.

Physical Appearance Plays a Less Significant Part Like it or not, many stage roles are going to require a specific appearance.  This means that you can be ruled out before you have even auditioned, simply because your face, skin, hair, or stature doesn’t fit the character.  Voiceover eliminates this variable.  As long as you can give a convincing voice to the character, it doesn’t matter what you look like.  I won’t go so far as to say that physical appearance doesn’t matter at all.  We are humans, and as such, we cannot help but form certain judgments based on another person’s appearance.  Casting directors are human as well.

Ease of Scheduling For everyone involved, there is some joy to be found in the knowledge that scheduling doesn’t have to be a nightmare when it comes to recording voiceover.  In fact, most working voiceover talents have recording booths in their own homes, which means that they don’t even have to rely on studio booking.  The recording can be done early in the morning, late at night, on the weekends, or at whatever times work best for the artist, so long as the deadlines are met.
Posted by Rick Lance at 12/14/2017