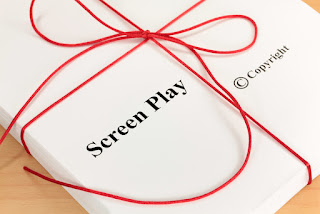 Just as not all voiceover artists are created equally, not all voiceover scripts are of the same caliber.  Whether you are a VO artist or you are preparing a script, there are a few things that you should be considering to determine whether it is a script worth reading.  These are the five things that you should be seeking as you do a first read through:

1.    A Consistent Message Whether it is a training video, a commercial, or an audio book, there should be a consistency to the writing.  No one is going to be happy with the recording – especially the intended audience – if the message isn’t clear or the script is difficult to follow.  Be sure, as the writer, that you know what you want to convey and keep to that theme throughout.  As a VO artist, avoid scripts that are confusing or difficult to understand, if possible. At least seek clarification before recording.

2.    Proper Formatting This is especially important if there is dialogue occurring within the script.  Whether there is one VO artist or multiple readers, the ability of the voiceover talents will be greatly hindered if the formatting is wrong or inconsistent.

3.    Easy Reading We’ve touched on this a little, but it is worth saying again.  When doing a final readthrough, as the writer, or an initial readthrough, as the VO artist, be sure that you read aloud.  This can help you pick out tricky spots.  If you can’t comfortably read the majority of script clearly the first time, it is probably not worth taking into the studio. And DO NOT WRITE IN ALL CAPS! All caps are "visually" hard on the eyes! They also don't allow room for emphasis to be placed on any particular words or phrases. So, use upper and lower case in complete sentences.

4.    No Slashes, but Many Contractions Unless this is an extremely formal script, chances are that the VO artist and the client are going to be happier if contractions are used in voicing the script.  It will sound more natural and pleasant that way, so write the contractions in, rather than expecting the VO artist to mentally make those changes in the studio.  Similarly, avoid confusion created with symbols like a slash (i.e. he/she).  The script should be written as it is to be read (i.e. he or she).  These may seem like little issues, but when they come up many times throughout the script, they can make the recording process a much bigger challenge for the VO artist.


5.    Client Notes There should be notes included with all scripts.  Undoubtedly, there will be words, names, or concepts that must be explained.  As a VO artist, you should be carefully considering those notes (or lack thereof).  For instance, if, when reading the script, you come across multiple names that are difficult to pronounce, but there are no notes provided offering pronunciation, that should send up a mental red flag.  You certainly don’t want to have your pronunciation corrected after you have spent hours in the recording studio.
Posted by Rick Lance at 10/03/2017