Do You Stand a Chance Against a Big Name? 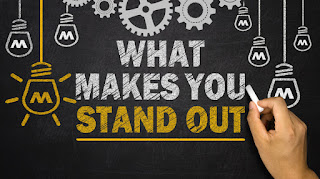 There has certainly been on a long-lasting trend in the voiceover industry of clients opting to pay big bucks in order to get a recognizable voice behind their work.  Those recognizable voices, of course, belong to the famous on-screen performers that we have all grown to love through their various movies or TV shows.  So, what chance do you stand of scoring a good job when there are movie and television performers willing to take on the additional work?  The truth is that your chances may not be as bad as you believe.

There are reasons, of course, to consider the big name with the recognizable voice.  For animated films, the names can help sell the movie (especially when those individuals are willing to go on promotional tours).  However, there are also major benefits for those willing to hire a voiceover professional rather than the screen actor/actress:

1.    The Cost The big name usually commands a big price tag, and that means that the client is going to pay dearly for that recognizable voice.  In many cases, the celebrity isn’t going to bring enough added fanfare to make the investment worthwhile.

2.    The Experience Surely, that television or movie star has an extensive resume and more than ample acting experience.  However, he or she is less likely to have spent much time behind the microphone.  There are big differences between screen acting and voiceover work.  You’ve already had the training and experience.  You know how to bring a character to life despite sitting along in a recording studio.  The big name may present bigger challenges.

3.    Repeat Recording There is another big risk when it comes to bringing a big name into the studio – future projects.  Hiring a great voiceover talent like you means the chance to have the same great quality recordings for future projects.  However, just because a one-time relationship has been built with the famous voice doesn’t mean that it will be possible to sign that person on for future work, especially if he or she is in big demand for TV or film.


The morale of this story is simple – don’t be afraid to try!  Even if you have heard rumors that the client is trying to bring in a famous figure, it doesn’t hurt to submit your demo.  Don’t undersell yourself.  After all, you may be far more desirable than you believe.
Posted by Rick Lance at 9/19/2017