Three Tricks Kids Can Teach You for Better Voiceover Performances 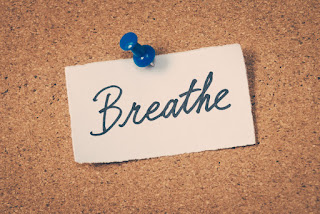 Parents, teachers, and sitters spend a great deal of time teaching children new skills and preparing them for the life laid out before them.  However, kids can also teach us a great deal if you allow them to.  For instance, there are some skills that kids are notoriously better at than adults.  There are a few of those skills that would make a person a better voiceover artist.  Don’t believe it?  Consider the following:

1.    Make Your Own Hiding Spot Kids learn very early that there are certain things in life – physical possessions, emotions, and other treasures – that simply shouldn’t be shared.  Often those kids will create their own hiding place.  This could be a fort, under a bed, or in a tree.  As a voiceover artist, it is a good idea to have your own hiding spot, where you can go when you need the world to be silent.  The recording studio, of course, must be shut off to the other noises that regular surround you, but a hiding spot can also be a place you go to read through new scripts, to try new voices, and simply to destress after a hard day.

2.    Use Your Imagination Kids are wonderful at creating imaginary friends, developing entirely new games, and building worlds inside their heads.  There is much that you can learn from them in that regard, beginning with the imaginary friends.  It is much easier to read a script in a convincing manner if you imagine yourself speaking to another person or to an audience.  This is where a strong imagination can benefit you as a voiceover artist.


3.    Don’t Be Afraid to Play Most voiceover talents, due to human nature, will stick to one or two variations of their own voice when recording.  However, it isn’t a bad thing to play – just as the kids.  Instead of diving into the new project with the usual approach, schedule yourself a little extra time in the recording booth to try out a couple of new voices.  You may be surprised at what you can create when you allow yourself time to play.
Posted by Rick Lance at 8/17/2017