Six Things That Could Cost You Your Voiceover Career, Part I 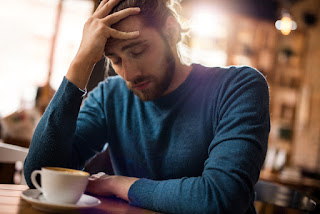 There are many aspects of the voiceover profession that many on the outside wouldn’t immediately recognize.  The job depends on your ability to self-promote, to manage time effectively, to network and work well with others, and more.  However, the one thing that even the outsiders understand is that without your voice, you wouldn’t have a job.  This is an undeniable truth in this industry, which is the very reason that voiceover artists do everything they can to protect their most valuable instruments.  Unfortunately, there are at least six things that could ultimately steal your voice, and possibly your paycheck.

Laryngitis For most people, this condition is acute.  That is to say that the loss of the voice is only temporary.  In that case, it would be a major nuisance, but not necessarily a threat to your job.  However, there is also something called chronic laryngitis, often caused by untreated (or uncontrolled) acid reflux or infection.  It can also be caused by smoking, which is just one more reason why voiceover actors should definitely not be smokers.  Chronic laryngitis can be very long lasting, something that a person could battle for weeks, months, or even years.  Treatments are aimed at alleviating the underlying cause, so healing times vary substantially.

Laryngopharyngeal Reflux Disease (LPRD) Though this condition can appear without any of the typical symptoms of acid reflux, in many cases, those diagnosed have already suffered from heartburn and other such complaints for quite some time.  This condition can cause the voice to become hoarse or raspy.  That and other symptoms can be very long lasting depending on the damage done by the stomach acid that was allowed to enter the esophagus.  Obviously, this should serve as a warning to ensure that you see a doctor about any acid reflux related symptoms you may suffer with.
Posted by Rick Lance at 8/08/2017