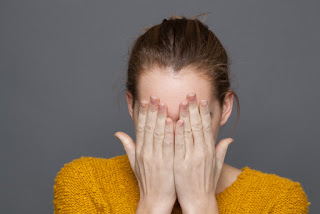 There is one personality trait that could really destroy your chances of becoming a major success as a voiceover talent.  Even with the smoothest voice in the industry, you could fail to make your break if you struggle with shyness. There are many times, along the path to creating a successful voiceover business when shyness can get in your way.  However, there are also ways that you can overcome it.

Introverts Marketing Ironically, in years past, there have been studies done, which revealed that introverts have had greater success on social media than their more boisterous counterparts.  While this may sound as if there was a mistake made on the part of the researchers, if you think a little more about it, it does make sense.  Introverts are not less likely to have inspired thoughts or even less likely to have an excellent sense of humor – they are simply shy compared to extroverts.  Social media provides a sort of protective barrier that introverts tend to appreciate, making it easier for them to converse freely, and to create excellent content.  So, while being shy isn’t going to make it easy to do interviews or to appear on camera, it doesn’t have to hinder your marketing campaigns, because social networks are excellent channels for these efforts.

Hiring an Agent If you are innately shy, it may be a very good idea to hire an agent.  Why?  Because, the agent can handle much of the upfront communication that could be uncomfortable for a shy individual.  This will greatly cut down on the time that you must spend conversing with potential clients.


Call In Favors Unlike extroverts, who tend to have large communities of friends, introverts tend to have just a handful at most.  However, those few friendships tend to be much closer.  That means that you likely, as a shy individual, have a very supportive group behind you.  Call on those friends and family members with whom you are close.  Ask them to support your new career path by helping to spread the word.
Posted by Rick Lance at 3/01/2017