Three Things You Should Never Do in the Casting Room 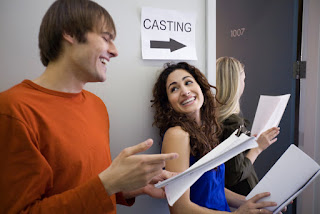 If you have to go in for an audition for a role as a voiceover actress or actor, then you definitely want to make a great first impression.  Unfortunately, it is very easy to let our nerves take hold, and that can lead to us saying and doing things that ruin the professional image that we are trying to portray.  So, as you prepare for your next audition, here are a few mistakes that you should aim to avoid:

Making Excuses There are times in life, for nearly everyone, when nerves cause us to apologize – often before we have done anything wrong.  This is a common occurrence in casting rooms, according to stories told by the casting directors.  Avoid this at all costs.  Don’t tell those preparing to hear your audition that you “only got the script that day” or that “your voice is a bit hoarse today”.  And, definitely, don’t ever say something like, “I’m sorry if I don’t do very well.  I’m really nervous.”  Walk into the room with confidence.   Let your audition speak for itself.  Fight the urge to explain yourself, to cast judgement on your own audition, or to make excuses.  You very well may do better than you expect.

Make Faces Remember, you are a voiceover actor or actress.  Don’t make faces that you wouldn’t make in the recording studio.  They are judging your ability to act the part with your voice, not your face.  But, even more importantly, if you make a mistake, don’t let it show in your face.  Keep your calm and overcome the issue.  You’ll win more points for maintaining your composure.

Ask to Read it Again There are exceptions to this rule.  But, as a general principle, the people hearing your audition are also going to hear many other voiceover actors and actresses read the same spot, so they don’t have time in their schedule to let everyone do a second reading.  If the opportunity is offered, then take it, but your goal should really be to do your very best reading the first time.  That also means that you should practice reading it aloud in front of others before you enter that room, which will help you avoid some of the discomfort of auditioning.
Posted by Rick Lance at 3/22/2017