5 Things You Should Know Before You Start Voiceover 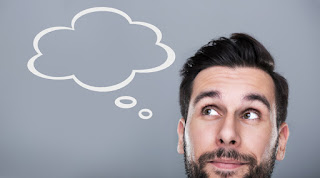 Like many “work from home” careers, there has been a lot of interest in voiceover throughout the past decade or longer.  As people become aware of the perks of the job, they naturally express curiosity.  However, there is much that you should be aware of before you quit your job to become a fulltime voiceover talent.  With the perks, there are also frustrations that one must deal with.  That is the case in this- and every professional field.  You just have to be sure that you fully understand what you are getting into and make sure that the perks outweigh the frustrations for you.  Here are a few things that you should definitely be aware of:

#1. Not every voiceover job is a cartoon voiceover or video game gig.  In fact, the majority of the jobs that you will sign as a voiceover talent will likely be short, fairly boring spots.  These could be for training videos, commercials, online advertisements, or other such materials.  And, you’ll likely have to read the same lines multiple times, until it is to the liking of the client.  It can get monotonous at times.

#2.  The pay can be quite meager (or even non-existent) at times.  Especially in the early years of your work as a voiceover actor, you can expect that there will be financially difficult times.  There is a very good chance that you could make much more money by going to a typical 9-5:00 job instead.

#3. The challenge in the voiceover industry is not what most would expect.  Sure, there is a bit of acting involved, and you will have to show a bit of inspiration during auditions, but the real skill is running a business.  The actual voiceover work is like the cherry on top for many working in this industry.  The marketing and accounting are likely to claim more time and attention than the actual voiceover.

#4. Critiques can be nasty!  You’ll often hear famous actors and actresses say that they never read the reviews of their shows.  There is a reason for this.  It can be painful to receive negative feedback, whether it comes in person at auditions or online from your peers.

#5. You are an entrepreneur first and a voiceover talent second.  I already touched on this a bit above, but it should be known that running a business can be tough, and costly.  As you work to gain momentum and recognition in the industry, you will likely profit very little.  Many find that they run out of money.  Essentially, their businesses go bankrupt (even if it does not involve formal documentation) and they have to go get another job in order to support themselves.


This isn’t meant to discourage you from trying voiceover, but rather to be the voice of reality, so you know exactly what you are getting into.  You will work from home and some voiceover work can be a lot of fun.  There is great profit potential and little overhead.  But, there are downsides that you must be prepared to deal with.
Posted by Rick Lance at 3/09/2017