Voiceover 101: What is a Pop Filter and Do You Need it? 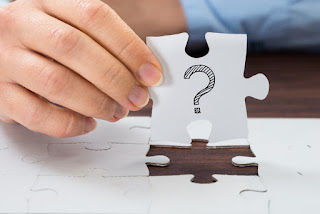 Have you ever noticed, when you listen to an amateur recording of a person’s voice – maybe a poorly made podcast or a family video – that there is a lot of feedback that makes it difficult to make out the words clearly?  The breathing noise, the cracks and pops of lips moving, and other such noises can really destroy the professional image you are trying to portray with your voiceover work.

This was the problem that sound engineers were trying to alleviate when they developed something now known as the ‘pop filter’.  It is also known as a pop shield, but regardless of what you call it, the point is simply to filter out some (most) of that unwanted sound.

Those sounds, commonly referred to as ‘vocal pops’ in the voiceover industry are really just a result of the movement of the mouth when forming certain letter sounds.  This primary occurs with hard letter sounds, like ‘P’ and ‘B’.  They are very difficult to prevent in your speech and you don’t want to be focused on that, when you are trying to produce convincing monologue or dialog.  You recording will end up sounds too forced or fake, because you were concentrating on lip formation, instead of paying attention to the words, the content that you were meant to deliver to the listener.

The good news is that pop filters have become much more commonplace in recent years.  Once upon a time, you had to book professional studio time in order to enjoy the benefits of a pop shield.  Now, you can invest in one for your home studio, without paying an arm and a leg to get it.  In fact, according to some voiceover professionals, you don’t even have to buy one.  There are some instructional videos online that tell you how to use a nylon stocking to create the same sort of shield.  Nevertheless, given the fact that you can pick up an actual pop filter for $20 or less on Amazon, I shouldn’t think it was worth the effort of making your own.

Do you need it?  Yes.  Most professionals in the industry agree that the shields are well worth the minimal investment, because they can save everyone a lot of painful editing time.

Personally, I've experienced more trouble with breath sounds on "t" and "f" words. But with careful placement of the right pop filter and a little self control I've managed to work with that.
Posted by Rick Lance at 2/09/2017