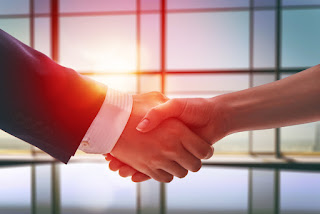 As a voiceover professional, you will, most likely, be in charge of securing your own work.  This is typically a very independent field of work, which means that, unless you have an agent or agency representing you, you will have to negotiate your pay on the jobs that come your way.
Negotiation can be an uncomfortable proposition for most people.  So, if you are feeling nervous, anxious, or stressed about having to face this part of the job, know that you are not alone.  In fact, there is a very good chance that the person (or people) that you will negotiate with feels the same way.  There are several things that you can do, though, to make the process less anxiety-ridden.

Do Some Research First and foremost, be sure that you are well prepared before you pick up the phone or walk in the room to negotiate. You should be aware of an approximate- or average rate charged for the type of work proposed.  Charging too little can leave you little room for editing and revisions later on.  You don’t want to miss out on future paying work because you are bogged down and losing money on this one.

Understand the Variables While knowing the typical average voiceover rate can be helpful, it is not a strict rule.  There is a reason that it is called the ‘average’, as some jobs will pay more and some will pay less. You have to consider the variables that could influence the acceptable rate for the job.

·         Some jobs pay more simply because of the location of the hiring company.  It is no secret that average wages can vary greatly from city to city, town to town.

·         Start-up companies generally have less money to spend on voiceover work than well established, successful companies.  So, you have to consider the financial capabilities of the client.

·         Experience matters.  If you are brand new to voiceover, it is likely that you are being selected by the client, in part, because they expect that you will charge less than a professional who is well recognized in the business.

Consider Other Points of Negotiation While the company may not have a lot of leeway in the budget, there may be other perks that can be offered instead.  Perhaps they could offer preferential treatment for future voiceover work. Or, maybe, they can alter their timeline to suit your needs.  It is a good idea to consider what you value other than money, before entering the negotiations.


It may not be comfortable, but negotiation is part of the job description for most voiceover artists. If you are well prepared, it will be a much easier and, very likely, much more successful process.

If you are working with established talent agencies, coordinate with them on rates since they may be more aware than you are of rates and other considerations.
Posted by Rick Lance at 2/07/2017