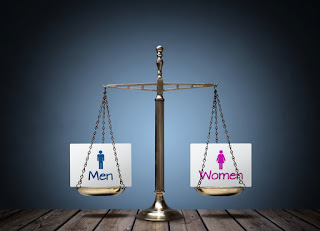 For many, many years, this industry was very strongly favorable to men. Females had a much harder time securing work as voiceover artists.  While there is still a discrepancy in the amount of work secured by men, and, unfortunately in the pay earned by the sexes, the gap is closing.  Many of the individuals and entities seeking voiceover work are seriously considering female talent these days, which is great news for the industry as a whole.

If you are in the market for voice talent, be sure that you carefully consider who you should hire.  Most voiceover artists have samples of their work online these days, so you can get a very clear idea of their range of voice, their tone, etc.  So, then you must consider what sort of voice is best for your project.  As a general rule, it is often said that you should hire a voice talent that matches your target audience.  For instance, if you are intending to sell a romantic novel, you would likely do better to hire a mature female voiceover artist.  That said, though, the rule doesn’t always apply.  Consider the vast success of role playing video games featuring female voice.  In advertising, on the other hand, many companies – even when marketing to young mothers, for instance – have found that male voiceover is more effective for their campaigns.

Much of this comes down to the preconceived notions of the audience.  There are certain stereotypes attached to men and women in this world, and those often come into play when choosing a voiceover artist.  The male voice, for instance, is said to be more forceful and commanding.  Perhaps that explains the reason for its success in the advertising realm.  Meanwhile, researchers have found, repeatedly, that the sound of a woman’s voice portrays a greater sense of trustworthiness, which may explain why female voiceover talents have been selected for advertising roles within the medical and pharmaceutical industries.

To summarize the point that I am trying to make: Ultimately, you will have to choose the voice that best portrays the goals of your company, and will speak most directly to your intended audience.
Posted by Rick Lance at 1/04/2017