As the World Shrinks the Need for Voiceover Grows 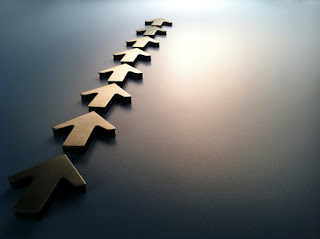 If you haven’t started learning a new language yet, you might want to consider doing so.  Why?  If you are considering a career as a voiceover artist, or you have already established yourself in the industry, I can almost guarantee that you could benefit from mastering another language.  The truth is that the world that we live in is shrinking.  Not literally, of course.  But, in the sense that we can get places faster, talk to people from all corners of the world with the push of a button, and share our content across the globe, we are now living in a worldwide community these days.

There are many impacts that have arisen because of the improved transportation, communication, and technology of this century.  Among those is the increased interest in sharing media.  Movies, television shows, and even radio programs are expanding from local- and national features to ones that expand into multiple countries.  That, of course, means that many of them must be translated into the language of the importing nations.

In an article that I read recently, this topic was touched upon.  A look at the growth of voiceover work in developing nations revealed that many of the jobs were translation-related.  These nations, like our own, are filled with people who are seeking various forms of entertainment.  The blockbusters here and in Europe can have eager audiences in those lesser developed nations, as long as the people residing within them are able to understand the dialog.  This translation and voiceover work can be done in two parts.  The film manufacturers, for instance, could hire a translator to rework the dialog from English to whatever language is desired.  Once the translation is finished and written out, voiceover artists can be hired to speak the lines and these can be dubbed over the original film.  If the voiceover artist, though, already speaks, fluently, both languages, it could be possible to take out one step.

So, again, I say, that if you want to maximize your potential as a voiceover artist in the 21st century, then you would most definitely benefit from learning another language.
Posted by Rick Lance at 1/03/2017