Why Being Multilingual Will Be Beneficial as a Voice Over Talent 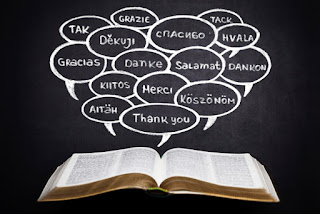 Decider.com recently ran an article that was very intriguing.  Included in the piece was a mini-documentary about the voice over actors and actresses that speak for some of the biggest names in Hollywood.  Remember, just because a film is made in America does not mean that the viewership is limited to this country.  Many of the box office hits here are just as well received in other nations.  And, many of those nations have a primary language that is not English.

Speaking French, Spanish, Italian, Chinese, Japanese, and any other of the world’s languages really can open doors for you in the voice over business.  This video is certainly proof of that.  The lines, translated into the intended language are handed to the voice over talent, with the understanding that the timing of the spoken words must be made to match the movements (particularly those of the mouth and face) of the actors and actresses being dubbed over. It’s not an easy task, but one that is accomplished with the efforts of the voice over talent, in conjunction with the production crew, so that audiences all of the world can enjoy the films made here, in America, and, in turn, so we can watch films made elsewhere.

The Being George Clooney documentary touches on only one example of where the ability to speak multiple languages can be beneficial to your career.  There are voice over spots for the dubbing of commercials, educational materials, training films and much more.  Anytime you can arm yourself with something that will help you stand out against the competition, you are doing well.  This particular ability will also open many more doors for you as you start your career win the field of voice over.  If you are fortunate enough to be selected to speak for an entertainment phenomenon, you may just find that you are hired over and over again, as your voice becomes part of that actor or actresses brand in various corners of the world.
Posted by Rick Lance at 12/15/2016