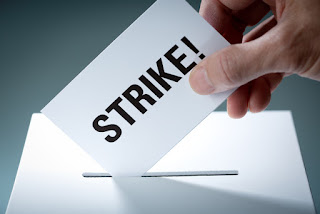 If you are working in the voiceover industry, and art practicing your due diligence, then you have likely read the headlines about the strike taking place in the video game sector right now.  Many voiceover talents are involved in the strike, which was organized by SAG-AFTRA – the union formed as the result of the joining of the Screenplay Actors Guild and the American Federation of Television and Radio Artists.

This union also represents voice actors, and that means that they formed this strike in an effort to secure better working advantages for the talents involved.  All union members involved in the making of video games on- or after February 17, 2015 will be impacted by the outcome of this strike.  So, what do they stand to gain?

The union is seeking better performance bonuses, better treatment of the artists’ instruments, and more project transparency prior to contractual agreement.  Additionally, any voiceover actors required to perform physical stunts, according to the union, should be provided proper training and assistance for the shooting of those scenes.

The vast success of so many video games has left many voiceover talents feeling as though they profited hardly at all from a vast empire.  The union agreed, so it has been requested that the voice talents receive a cut of the proceeds of successful video game launches, in the form of performance bonuses.  They have defined success as 2 million purchases, downloads or online subscribers.
As far as care of their instruments, the union refers to the protection of the professional’s voice.  They have requested that challenging vocal scenes be shot in 2- hour increments, as opposed to the typical four hour segments.

Finally, transparency is a very important aspect of the negotiations.  Currently, some voiceover talents sign contracts for video game deals before receiving any real information about the game being created. In some cases, they may not even be told the title of the game.  The union is fighting for improved transparency, so the voice actors can have a better understanding of what they are signing on for.
Posted by Rick Lance at 12/21/2016