The Changing Demographics of the Voice Over Industry 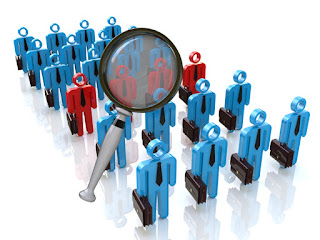 This is something I have read about, heard about, and even chatted about recently.  It occurred to me that if there is enough interest to justify all of that, then it certainly deserves mention on my blog.  This is an exciting time for the voice over industry.  I don’t say that simply because of the advancements in technology and communication.  There is also a major shift in demographics that is occurring, which is a very good thing for the industry.

For many years, this profession had the stigma of being male-dominated.  Don’t get me wrong.  The stigma was deserved.  Up until a couple of decades ago, men did nearly ninety percent of the voice over work annually.  However, this is changing, and that is wonderful news for the young women who are looking to break into the field. No longer are women claiming just 10% of the work.  Instead, more recent statistics suggest that they are quickly approaching the 50% mark, hovering, currently, at an average close to 4 out of every 10 jobs. It isn’t just that they are winning more of the jobs, but that there are more women competing for them.  Once upon a time, for every dozen men in the industry, there were just three women.  Now, they make up 40% of the voice over talent being marketed. And it's alo true that the industry itself has become a bit more realistic and reflective of the consumer.

You might wonder why, as a man, I would be happy to see this transition, but this is a wonderful thing for our industry.  Equality is always a good thing.  Furthermore, it is one more indication of how healthy and thriving this industry is.  Not to mention, I will never be competing directly with a female talent's voice. If we were not seeing this sort of progression in these modern times, I would certainly be concerned that the industry was becoming stagnant.  That is not the case.  The field is growing and evolving to represent the modern culture, and that is exactly what should be taking place.
Posted by Rick Lance at 12/14/2016