Creating Your Own Voiceover Ad for Social Media 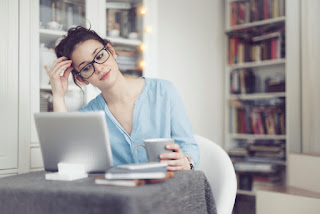 I recently read an article in a newspaper servicing a small local population, but the story contained within was really powerful.  A young voiceover professional was highlighted in the piece for her work.  It was stated that she has worked on many audiobooks, commercials, and even in film.  However, what was far more interesting about the story was the way that her talent was portrayed.  Far more emphasis was placed on her ability to mimic accents.  This got me thinking about the unique talents that we all have and how we can use them to spread the message about our intended career paths.

Remember, that the purpose of social media marketing is to spread word of your brand far and wide.  As a voice over talent, you generally opt for audio content as your source of letting your voice be heard (literally). However, it could be possible to use other media with just as great (or, perhaps, greater) success.  This article, for instance, didn’t feature any audio, but by the end of the article, I wanted to meet the young women, and here I am, writing about what I read.  That is the point – to encourage others to share your story, to share your content.

So, should you follow her lead and get an interview in a paper, or write your own piece about your talents?  Perhaps. Sure, if you have the opportunity to interview with the paper, do so, but that is not exactly the point I am trying to make.  What I am trying to say is that you should consider the various forms of media that are available to you, and think about how they might be used to highlight what you do well.

In the past, I have also seen a fabulous advertisement for a voice over talent on my social media feed.  The advertisement was an animated short with several crudely drawn characters.  They didn’t have to be well drawn, because the real appeal was how the voices used for each brought the characters to life.  In this case, the voice actor called on his ability to do impressions of famous, widely-recognized individuals.  No direct reference was made to those individuals, but it was clear, nevertheless, exactly who he was mimicking. The effect was brilliant and, I am willing to bet, extremely beneficial to his career. It is yet another example of how you can use unexpected media to build your brand.
Posted by Rick Lance at 12/22/2016