Bringing Your Voice Over Talents to Social Media 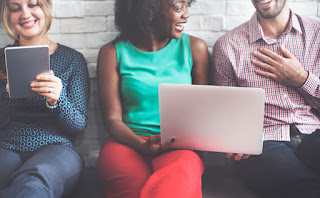 Social media has impacted the voice over industry just as it has nearly every other industry known to this country.  And, while it has, in some ways, increased the workload of the average voice over actor or actress, it has also made it easier to create a credible and professional image for yourself.  However, you have to know how to approach the wide world of social media, or else you will simply find yourself spending hours per day with no real added value.

The first rule of thumb, of course, is knowing who your audience is and where to find them.  Keep in mind that, as a voice over talent, you may be able to find your niche on multiple platforms, but that doesn’t necessarily mean that you want to attempt to balance all of those right off the block.  Instead, consider first which platforms cater to your audience already, and then weigh those options by comparing the capabilities of each.  For instance, you would likely find potential customers on Twitter and Facebook, but if you don’t have adequate time in your schedule to balance the upkeep of both accounts, then you might opt for Facebook over Twitter.  Why?  Because Facebook has a wider array of available tools.  It is more image friendly and it now features the live feed tools, or instance, and the latter, especially, can really work well for folks in this line of business.

Do not mistake the laid back environment on social media as an unprofessional setting.  Though people may be chatting with friends, sharing photos taken in their own living rooms, and liking cat videos, when they seek out voice over actors and actresses, they expect to find a professional profile.  So, be sure that yours is something to be proud of.  Part of this comes from having attractive photos and a well-written description of what you do.  But, there is also a lot to be said for establishing numbers.  Do not buy followers.  It is not worth the investment.  You will only have a large number of followers who care nothing about what you do, and likely aren’t even humans.  Instead, take the time to forge relationships.  Reach out to people in the real world and ask that they take the time to like, friend or follow you online.

Finally, you must continue to engage your intended audience.  A dormant social media account is a worthless social media account.  But an active one really can bring paying jobs to a talented and devoted voice over professional.
Posted by Rick Lance at 12/06/2016