Don’t Undervalue Yourself as a Voice Over Professional 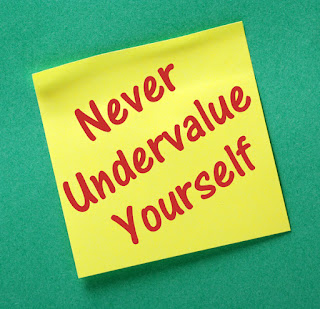 There are too many professional talents making poor choices early in their careers these days.  It’s not that they are picking the wrong career paths or that they aren’t dedicating themselves fully to the job.  Generally, the biggest mistake that new voice over actors and actresses make is to charge too little for their services.  It can be very tempting to undervalue your services, even after being in the business for a while during a slow period.  However, there is a lot of danger in charging too little for your work.

We understand that you are concerned about bringing work, any work, in the door to ensure that bills are paid and you can feel good about what you are doing.  But, you will no longer feel good about the decision to undervalue yourself when you find that you are making so little money per hour on a job that is more challenging than you thought it would be.  You won’t love yourself for bidding so little when more and more jobs are coming through the door, higher paying jobs, and you have to turn them away because you have already committed yourself to this low paying contract.

It’s not just about the price that you charge, but also about the extra services that you agree to.  Voice over actors or actresses aren’t producers, for example, so production should not be part of your contract.    Rather than asking you to multitask and to perform a task that a producer or production engineer would be better suited for, you should agree only to those services that are directly related to your title of voice over artist.

So, how much should you charge?  One piece of advice offered by many sources is to look into the prices offered on voice over websites (there are several of them these days) and to add 20-30% to those prices.  Remember, the artists on those sites are sacrificing better profit-making potential in order to have their audition videos posted on a high-traffic website.  They make less but have greater exposure.  If you are bringing in your own clients, don’t make the same sacrifice.  Tell yourself you are worth it and mean it.  Because real voice over talent is valuable.
Posted by Rick Lance at 11/23/2016