Does The Money Play a Role in VO Work? 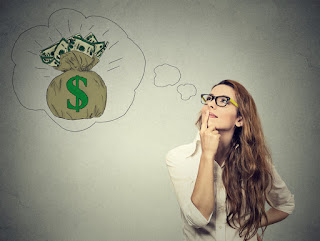 People who love their careers don't do it for the money, right? They do it for the satisfaction of a job well done, or at least that's what everyone tells you. If you end up doing VO work for a measure of satisfaction, though, you're probably going to have to at least bag groceries on the side for the cash to pay your bills. Does that mean money actually plays a role in VO work? In short, absolutely. While many of us don't just do it for the money, it's not an aspect of the job you can ignore either.

What About the Adage "Money Isn't Everything"?

There are lots of articles online today that will tell you that when starting your own business, money shouldn't be everything. They're absolutely right. If you're trying to break into the world of VO, money isn't everything. The reality, though, is that it's an important part of the success of your company because it means you're not living paycheck to paycheck. When you can't make ends meet, you can't focus on your VO career because you're too worried about paying the bills. You need money. it may not be everything, but without it, you're never going to establish the VO career you want.

VO Can Easily Turn Into a Pricey Hobby

Unlike some other kinds of businesses, VO can get pricey. You have to buy the equipment so your work sounds good. You also have to have a space in your home solely devoted to your work. What's more, though, is that you have to learn quite a bit about running your own business, and there are many coaches, courses, and people out there who want to take advantage of that. VO can quickly become more of an expensive hobby than the start to a new life, and making sure you're turning a profit in the face of what you need is difficult, but an absolute must. You have to treat it as a business, and businesses have to make money to survive.

At the outset, it may not seem like the potential for big roles will play a role in your VO career, but the bottom line is that if you want to be a good VO artist, money has to be part of the goals list to give you the freedom you need to do just that.
Posted by Rick Lance at 11/10/2016