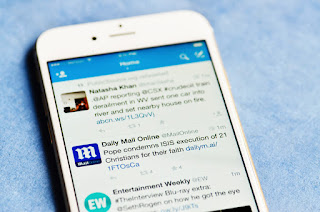 Twitter has become a social media giant for a lot of different reasons, but mostly because it’s fun, fast, and surprisingly informative. It’s like a constant conversation with thousands of your closest friends, about virtually any topic you can imagine. As a professional voice actor, this is a social media platform you should definitely be using, but you need to do it right. Here’s what you need to know:

DO let your personality shine through. Even if you’re just sharing content from another professional, you should inject a bit of your own personality into your tweet. This makes it more fun for your followers, and also helps promote your brand.

DON’T go crazy with the self-promotion. If every single one of your tweets is about you, it’s going to turn people off. You should also be retweeting and sharing what other people are saying, particularly if it’s genuinely valuable or useful information.

DO tweet often. Regular posting (about once a day or so) is the norm on Twitter. Unlike Facebook, where multiple posts per day can be annoying and spammy, Twitter’s short, sweet, and to-the-point posts are tolerable when done frequently.

DON’T be a troll. Internet trolls are the worst. While most professional adults won’t engage in this behavior, it can be tempting to take part in a little back and forth with someone you disagree with. Fight the urge, though, and take the high road.

DO respond to your followers. Like I said, Twitter is just one big ol’ conversation, and it’s no fun when it gets to be one-sided. When your followers say something, take the time to respond and interact with them.

DON’T only tweet about voice over. If you’re using your account for professional advancement, yes, it should be mostly about voice over related topics. However, it’s not inappropriate to occasionally mention something else that showcases  your interests or some other part of your life. You do have a life outside of VO after all, and it’s okay to let other people see it.
Posted by Rick Lance at 9/06/2016