What are the Benefits of Joining a Voice Over Union? 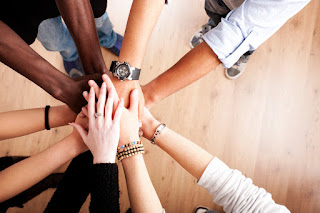 The decision to join a union is one that nearly every voice over actor will consider at some point during their career. There are currently thousands of voice actors in a union - SAG-AFTRA being the biggest - but there are plenty more who have elected to go the freelance route. While there are good argument for both sides, today I want to talk about some of the benefits that come with union membership.

The biggest plus you’ll find with a union is in terms of pay. For most people, this is the deciding factor of whether or not to join. Union work typically pays much better than non-union gigs, and you are guaranteed a specific scale-based wage. Plus, jobs booked through the union also entitle the voice artist to receive residual payments. So, if you’ve done the voice over on a commercial, for instance, you’ll get a kickback for as long as that ad runs.

Here’s another advantage of booking union work that also has to do with payment: you’re guaranteed payment within a certain timeframe. If you’ve ever done freelance, you probably know all too well that some clients just don’t like to pay in a timely manner - or even at all in the worst cases. With union work, this doesn’t happen. You receive payment by a specified date, and if you don’t, you get to assess late fees for every day the payment is overdue.

The last perk to union membership that I want to cover is the benefits. I’m talking health, dental, retirement - the whole package. When you join a union, you get to enjoy the same benefits that full-time employees at “regular” jobs do. There’s no need to stress over finding your own health and dental insurance, or setting up IRAs or making other retirement plans (though you should still look into this). It’s all covered under the union, and you’re entitled to it as a member.

So is a union worth joining?  Thousands of voice actors just like yourself certainly think so, and it’s no surprise when you consider all the benefits that come with it.
Posted by Rick Lance at 8/22/2016