Downfalls of Joining a Voice Over Union 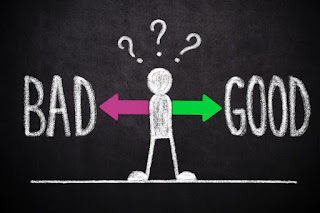 The biggest disadvantage that comes with union membership is the limitations that are imposed on available work. As a union member, you are not allowed to work on non-union projects. This prevents you from auditioning from lots of jobs, and even some that may the perfect fit for you. It can be a real bummer, and an even bigger one if union work has started to dry up. When that happens, there goes your paycheck, and there’s not a lot you can do about it.

Another downside? Annual dues. Union membership isn’t free, and it doesn’t come cheap, either. Some unions, like SAG-AFTRA, have annual base dues, but also additional fees that are paid based on a sliding scale determined by how much work is booked. If you’re new to voice over or struggling to land gigs, these costs can be especially painful because they must be paid (or at least part of them) regardless of how much you’re making.

Finally, remember the writers’ strike that occurred in Hollywood a few years ago? Well, it wasn’t just the writers who were not getting paid during that time. Many voice over actors were out of a job as well, simply because there were no scripts coming out. It was also a good reminder that an actors’ strike is also possible, and when you’re in a union, you’re expected to stand up for that union and not cross the picket line.

As hinted at above, you must also weigh the disadvantages of losing all the non union work and those clients that you may have been working with for years.. when you decide to join the union.

Now you have a more complete picture of unions, and what both sides of the coin look like. There’s good and bad on either side, and the decision to join comes down to you and your situation. I will say that if you are new to VO, you might want to wait to join until you’ve booked a few jobs and gotten a bit more experience. The same goes for those who aren’t doing voice over full-time, or are doing it as more of a hobby.