Tips for Video Game Voice Over 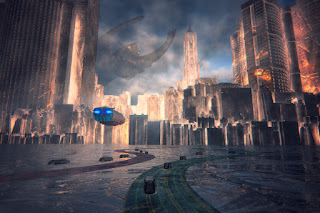 Full disclosure: I am not a gamer. I also don’t have a lot of experience in video game voice over.

So you’re probably wondering why the heck I’m even writing this then.  Well, I’ll tell you. It’s because I recognize the incredible opportunity that exists in this area of VO, and to be honest, I just find it interesting and want to learn more about it. I figured, what better way to learn than to blog about it?

Like I said, the market for voice over in video games is huge. It’s exploded over the last couple of years, as games have become more story-like and interactive. There’s plenty of dialogue, lots of characters, and in all honesty, some pretty fascinating stories to tell.

So, without further ado, here are a few tips for video game voice over:

●     Play some video games. A good first step to take would be to play a few games for yourself to see how this type of VO works. Gaining a better understanding of this genre will give you important background knowledge, as well as an idea of character development, interaction, and intensity.

●     Be prepared to play multiple roles. Many gaming VO projects require the actor to take on more than one character. Many of these actors are experienced in character voice over, so they can easily move from one character to another. If you don’t have experience in this, you should put in some practice hours working on character skills.

●     Tap into your acting skills. This one is true for all VO projects, but even more so for video games. Players expect to be fully immersed in the game, and if you’re not playing your role in a 100% believable way, the gaming community is going to call you on it.

●     Take care of your voice. Video game VO is far more demanding than other type of projects, largely due to the actor having to play multiple roles and also having little time to prepare and meeting tight deadlines. When you’re shifting from one character to another, changing octaves and tones, it’s stressful for your voice. Doing too much recording in anything but your natural voice is stressful. Recording these projects, it’s more important than ever to take care of your voice, by resting it when you can, drinking plenty of water,  and staying away from unhealthy foods and drinks.
Posted by Rick Lance at 7/07/2016