Tips for Perfecting Conversational Tone in Voice Over 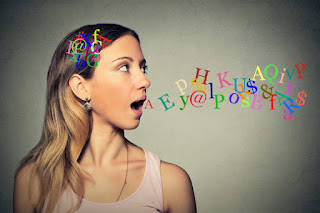 It’s pretty clear by now that the “conversational, person-next-door” tone is what’s big in voice over right now. The announcer days of yore aren’t necessarily dead, but that formal, authoritative style that so many of us grew up with has definitely fallen out of favor. Instead, people are responding to conversation-style marketing, which relies more on being light and relatable to establish a connection with the audience.  Sounds easy enough, right? Wrong. What comes so naturally to us when speaking with friends, family, colleagues or whomever, is actually a lot harder than you may think to replicate in the studio. If you’re struggling to develop a natural, conversational style tone, try these tips:

●     Don’t be the grammar police. When you’re writing a college paper or sending an email to client, grammar is important. But when you’re trying to achieve a conversational tone with your latest project? Not so much. That’s because when people are having a natural, organic conversation, they’re concerned with the content of what they’re saying, not whether they’re following all the rules of the English language. Conversations between friends are full of things like dangling participles and subjects and verbs that don’t agree, so it’s not always a bad thing if your reading has a few of these in there as well. Yes, I know that the scripts we often receive from our clients are not always written conversationally. Just keep the main focus - the real message- in mind as you read. If you think you may have a better way of saying a word or phrase in the script, record it TWO ways. The way it is written and THEN the way you think it would be more conversational. That way they'll appreciate the option you just gave them.
●     Remember your audience. Keeping your audience in mind is always important in voice over, no matter what tone or style you’re going for. With a conversational tone, though, it’s especially important, because what’s conversational to some won’t be to others. For example, if your target demographic is senior citizens, you’re not going to want to use words like “yo” and “dude” that would be more appropriate for a younger crowd.
●     Conversational and ______. The word that goes in the blank is going to be different depending on what type of project it is. It might be conversational and informative, or conversational and professional, or conversational and seductive. Whatever it is, just keep in mind that “conversational” is not all-encompassing; there are different layers to it, so adjust your tone to fit the type of project.
●     Forget about the environment. It can be tough to sound natural in an artificial environment, like a soundbooth or studio, so forget about it! I know, I know, easier said than done. But if you can detach yourself from your surroundings and put yourself into a more relaxed and comfortable place mentally, you’ll find it’s easier to achieve that natural sound you’re after.
Posted by Rick Lance at 3/31/2016