Are You Getting CREDIT Where Credit's Due? 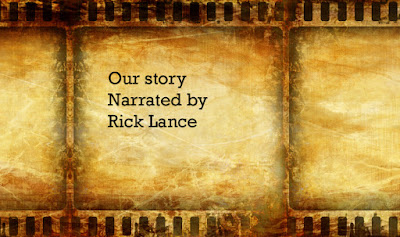 I’d like to discuss something that many voice actors often overlook. Many never even think about it, never realize when/where it is appropriate or… somehow think it’s an unreasonable request. I’m talking about a “credit line’’. No, not a line of credit. That’s something to work out with your bank. What I’m talking about is a “by line” as in Narration by Rick Lance. Or Narrated by Rick Lance, Nashville, TN. Simple isn’t it? Yet, how many times have you voiced a video for various uses such as TV shows, documentary films, websites, explainer videos, training, public education, new product or service illustration, museums, kiosks or several other non-broadcast uses …and NEVER gotten a credit line for it? How about non-visual media such as radio, podcasts, website blurbs and audio books (for sure)… usually narrative projects?

Listen, it’s this simple! ANYWHERE there is a “production page or slate” presented ( in audio or video) YOU as part of the production team deserve a credit line. This does not generally apply to radio and TV commercials. It’s not really appropriate there… unless you are a celebrity… to  expect a credit line. (And that may be a contractual obligation to the talent.) We are often hired directly by production companies, advertising agencies, marketing and PR agencies, TV and radio stations and individuals to work with them as their project’s voice. Believe me, if they are creating a production slate they will certainly be listing the production company name and all the people’s names they feel are important. YOU… WE… are just as important to telling their story.
Often we will be the last credit on the list. As we are often brought into the project as the very last contributor. No problem, at least we are being given proper acknowledgement for our work.
This may be a bit more difficult when a third party is involved such as an agent or P2P website. But give it a try anyway! You won’t know until you try.

Now, you may get a little grief when you request this or REQUIRE this as part of your payment from the producer. Don’t accept that! As long as they have not completed the project in stone they can still place your name at the end of the credit list. Remember, video editing is all done on computer these days. But you have to make sure you bring this up early in your discussion… upon hiring you, that is, so you can show them the importance of your credit line. They may never think of that themselves in their scurry to get the project finished on time. You may need to remind them again as you send in your file and/or invoice after you’ve completed your recording.

Just in case you don’t understand my reasoning here, this is mainly a marketing issue for us.
An economic issue. YES, you can get hired from you’re name being seen in the credits! I know I have been! You can bet those producers get hired all the time from their credit being seen. Not only that, this is just good business. Affording the respect that each creative involved in the project deserves. Sometimes, on the right project, I’ve gotten a credit up front after the title. That’s REALLY cool!

So the next time you get a job request think about the life of your voice over extending beyond the initial life of the project. Ask for OR require your credit line. Just make sure it is appropriate to the way in which the project will be used. Don’t know how it will be used? Oh, come on!!! You don’t know how the project you’ve been hired to voice is going to be used?! Well, that’s another topic all together… usage! For another time.
Posted by Rick Lance at 3/04/2016