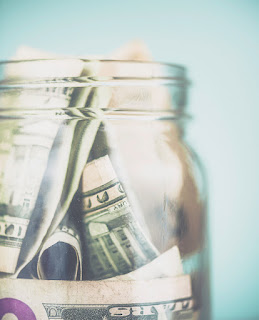 There seems to be this myth floating around out there that voice over is “easy money” work. Well, I am here to officially debunk that myth. I hate to break it to all the people out there who were planning on getting into VO to score some easy dough, but this line of work is anything but easy, and if you want to get paid, you’re going to have to work for it.

Of course, there are plenty of folks who dabble in voice over, or who do it on the side for extra money, or who do it because it’s a hobby that occasionally pays off. The difference with these people, though, is that they’re not doing it as a career. And guess what? They’re probably not making a whole lot of money just dabbling in it, either.

If you really want to get into voice over, the first thing you need to do is banish the notion that it’s an easy way to get a paycheck. It’s not. Here’s what you need to consider:

●     What’s your skill level? If you’re unfamiliar with VO work, you may think it involves speaking into a microphone. Technically, you’re right, but there’s also a LOT more that goes into it. You have to learn how to speak into the mic, how to avoid unwanted sounds, how to create just the right sound for your client, how to interpret a script, how to act, how to pace yourself, when to enunciate, and that’s just the beginning. None of these things can be learned in a day, a week, or even a month, so you’ve got to be willing to put in time, and you’ve got to have the motivation and discipline to learn the trade.
●     How much effort are you willing to put in? If you’re not willing to give it 110%, you may as well find another job - if you want to make voice over your career, that is. Most clients expect to deal with a professional, which means they will expect a lot. Your level of effort will factor in big time here, because no one wants to hire someone who’s not willing to give it their all. The same goes for the behind-the-scenes work that will be required. When you do VO, you’re running your own business, and you’ve got to run it right if you want to succeed. You'll need to learn the day-to-day basics of running a business in a professional manner. If you are to be taken seriously as a talent and business owner. Again, it’s all about effort here, and how much you’re going to put into building something that people will want.
●     Can you handle a drought? The truth is that the majority of people doing voice over aren’t able to make it their full-time job, largely because it’s difficult to keep steady work in this industry. If you plan on making your career in voice over, you need to plan for the times when the work just isn’t coming in, because chances are, that will happen at some point.

So, back to the initial question I posed - is voice over really easy money work? Heck no! To succeed in this field, your only option is to work, and work hard. Are you willing to do that?
Posted by Rick Lance at 2/17/2016