Think You’re Not A Character Voice Actor? Oh, Yes You Are! 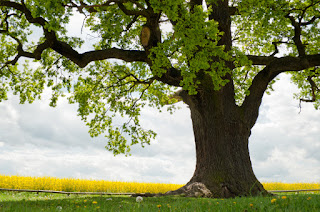 We all know those very talented voice actors who can easily perform 15, 20, 30 or more character voices on the spur of the moment. Maybe you are one of them. Terrific! That’s amazing! Then you may not want to read any further. Since this article concerns those of us who may not necessarily have that innate ability, yet we have proven marketable voices. We may be working at voice acting/voice over part time or full time but are constantly striving for improvement.

Well, I certainly fall into the latter category. I’m a 22 year veteran voice actor and I don’t consider myself a character voice actor. However, I can perform certain character voices (10 -12 … maybe more) based on the ROOT of my voice. You see, I believe anyone who understands their own voice, male or female, can perform voices other than the one they are most known for … or their signature voice.

Think of it like this. Your straight, signature voice is like the trunk of a tree and the branches are the off-shoots of your main, straight voice. And the leaves are the little extra twists you give to those character voice branches. I also believe that all of us will be expected to perform in this way sooner or later. So you should be prepared. It will make you much more interesting and versatile to work with as a performer. Especially while during your phone patch, ISDN, etc or live sessions as well.

As your sitting in that lonely room at the mic in your home studio, PLAY with the ROOT of your voice. Practice bringing your tone UP inside you from your stomach to your forehead. Try to hit 4 -5 places as you move your tone along… your stomach or diaphragm, the back of your throat, your nose, your facial mask area (basically the sinus area) and your forehead. (Basically, up over your nose and virtually out the top of your head.) You can get much more specific by moving tone around within your mouth from behind it, to the sides, to the top, to the front …. playing with your lip and mouth formation. Each movement will produce a different sound.

Of course, you’ll have to practice being able to reproduce these sounds so that they become useful and can be translated into some character voice that you could really use as a performer. Variations of this technique can also be used to perform accents and dialects.

I’m not actually a southern born man. Although I’ve lived in the South for many years now. However, about 50% of my work is done with a softer or harder southern accent because that’s what the client is asking for. Or they want a rugged cowboy sound of which I can tweak up or down in intensity, twang, raspiness and tone using the technique I’ve described. I think of it as a character voice since it’s not my regular speaking voice. It’s a branch voice. But it’s very natural and convincing. It’s really some of the most fun I have in the studio!

So don’t feel left out, guys and gals! You’ve got those branch or character voices you can bring out from your ROOT voice. Just play around, practice and perfect. Then “put em on tape” or demo and utilize them whenever possible. Hey, if I can do it you can too!
Posted by Rick Lance at 11/02/2015