We’re Called Voice Over ACTORS for a Reason! 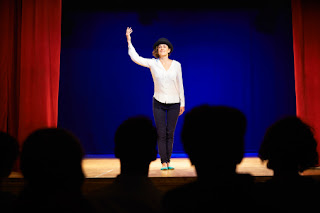 There’s something that a lot of people - both in and out of the voice over industry - just don’t seem to get. Voice over work, at its core, is acting. That’s why we’re called voice over actors.  But this concept is sadly lost on so many people, who believe that we actors are simply reading the words given to us on a script.

This couldn’t be further from the truth, and as an actor, this misconception can be extremely frustrating.  There are so many skills that go into cultivating a successful VO career, and acting is one of the most important of these. In fact, most of us spend years developing that skill, and we’re still working on it until the day we retire!

For all the people out there wondering just what makes the ability to act so important in voice over, I’ll tell you.

1.    We have to be believable. First and foremost, anyone listening to your voice over work has to believe that what you’re saying is IT...even when it’s not. Sometimes the only way to do this is to act, and to do it well.
2.    We have to connect with our audience. Believability is crucial, but so is making a connection. If your audience can’t connect with you on some level, you haven’t done your job.
3.    What you put into your work comes out in the product. In other words, if you infuse your work with emotion and realism, that will be conveyed in the end product, and it will be a better product because of it.

So how do you hone those acting chops? Simple - you practice. And then practice some more, and then do it all over again. You should also take the time to observe other actors at work. Here are some ways to brush up on your acting skills:

1.    Enroll in an acting class. Every voice over actor should do this, and not just at the start of their career. An acting class can teach you the basics, but it will also put you in situations where you have to think on your feet and get outside of your comfort zone. You can learn from others and take whatever critiquing they have to offer, too.
2.    Join a local theatre group. There’s nothing like being on a stage in front of a live audience to show you what it really means to act.


3.    Change your perspective when watching other actors.  Maybe in the past when you watched a movie or went to a play, you were there purely for the entertainment value. Next time, try watching with a different focus. Pay attention to what the actor does and says, how he delivers his lines, his timing, his expressions and body movements - all of these will determine whether someone is a great actor or not. Take your cues from that.

4. And for you actors who are just beginning to get behind the microphone but who have lots of stage or on-camera experience, don't get hung up on the sound of your voice. Whether you like your voice when recorded or not. Remember it's all about realism today. While a nice voice or so called great speaking voice is a good thing to have, it's how you use it that really matters. Act from the heart not from your voice. When you do THAT the mic will love you for it. I've seen actors in a few "intro to VO" workshops I've held get too distracted by the sound of their voices and loose the emotion of their performance. They seem to have a preconceived notion of how their voice should sound. I say, "Get over it." No one really cares anymore. They want to hear sincerity, honesty, how you react in a given situation just as if you were being watched on camera.
Posted by Rick Lance at 10/26/2015