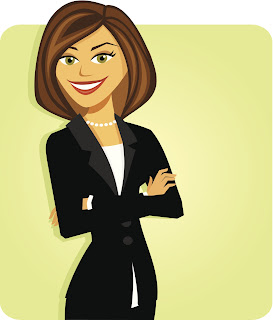 It’s that time again…time to highlight another amazing voice actor who has contributed so much to the VO industry. This time around we’re recognizing Nancy Cartwright for her incredible work.  An absolute heavyweight in the industry, Nancy’s unique skillset is known all around the world. And if you don’t know the name Nancy Cartwright, I guarantee you know the other name she’s known for – Bart Simpson.
Promising Beginnings
Nancy was born in Dayton, Ohio as the fourth of six kids.  Whether or not being part of a big family played a role in career isn’t clear, but as most kids with multiple siblings will tell you, it’s easy to get lost in the crowd unless you do something to get noticed.  And that is exactly what Nancy did. She began experimenting with different voices at a very early age, even taking first in a school-wide speech contest when she was in 4th grade. After that, she regularly entered public speaking competitions, where the judges would often tell her she should do cartoon voices.

The Big Break
During college in 1978, Nancy moved to Los Angeles to be closer to work in Hollywood and her mentor, Daws Butler.  Butler had been working regularly with Nancy, introducing her to talent scouts and producers, and the burgeoning voice actor was able to land several gigs.  In 1989, Nancy got her big break when she auditioned to voice the role of Bart on The Simpsons.  The show was an instant hit with viewers, launching Nancy’s career into the realm that most voice actors only dream of.  In addition to spawning a number of other gigs, Nancy’s work as Bart Simpson has also won her an Emmy and an Annie Award for outstanding voice over work.  Today, Nancy continues to supply the voice of Bart as she has done for the last 26 years – a truly outstanding achievement.


Nancy’s success on The Simpsons has also led to other projects, including a Simpsons video game and feature film.  Beyond the show that made her famous, she has also worked on projects including Disney’s The Little Mermaid, Pound Puppies, The Fresh Prince of Bel-Air, Family Guy and many others.  Nancy has also penned an autobiography and starred in a one-woman play based on her book.
Posted by Rick Lance at 8/24/2015