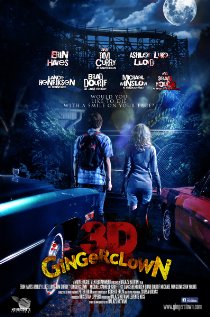 Here's the updated trailer for the Hungarian horror film, Gingerclown, I worked on with Tim Curry, Brad Dourif, Lance Henriksen, Michael Winslow and Sean Young. I had a character part, Sphere Creature, and I voiced the trailer with Lance Henriksen and Tim Curry. To be released very soon. (Caution: The "F" word is used)

Voicing the Sphere Creature and the trailer was a lot of fun. Which I was recording during a phone patch session via Skype with the director in Budapest. Not having any visual references, I had to really use my imagination and study the character descriptions in the script. But that's exactly what we voice actors are paid to do. Can't wait to do another one! And of course I'm looking forward to seeing my creature come alive in the movie!
Posted by Rick Lance at 1/23/2012