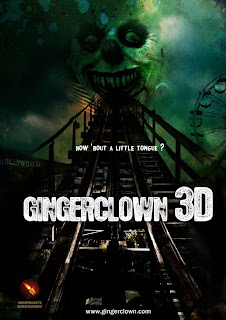 Yes, this is a "slice 'n dice" movie. I play a creature named Sphere and have a dialog with Brad Dourif, Worm Creature. I also recorded the Trailer for the film.

The session was recorded in my studio while being directed from Hungary via Skype running through my board.

This is the first time I've gotten to work with such name actors... sort of!
I'm looking forward to the release and getting my DVD copy!

I'm narrating a new show airing on the Pursuit Channel (National Cable TV) called "Living Your Land."
A celebration of living the rural lifestyle. I've been told it's set to air soon!
Posted by Rick Lance at 9/08/2011